In this article, you will learn about the benefits of Quran memorizing. The Quran is known as Allah’s Holy Book, which is a complete wonder. There are multiple benefits of learning and studying the Quran. In the Afterlife, the place of salvation, the top level of Paradise, will be Hifz ul Quran. Also, the person who memorizes receives respect in the world. In addition, many think of him as the owner of the world’s opinion. The memory of the Quran is more important in Imamate. One aspect of Imamate’s miracle is the fact that it is preserved in the human brain.

The Quran is different from other works in numerous ways. All books, whether moral or religious or on any topic. Being less in size than the Quran cannot be memorized word-for-word. Memorizing the Quran isn’t an easy job, and we’ve found it simpler for those who want to remember the Quran.

Allah Almighty declares in the Quran:

“We created it simply to remember the Qur’an. Someone is looking to learn the Qur’an in order to be helped.” Al-Qamar

This is why millions of Muslim youngsters, both young and old, have Muslims in their minds the Quran.

What are the benefits for parents of Quran memory?

Hazrat Sahl ibn mu’adh al-Juhani tells us his account of what The Prophet (SAW) stated” Whoever has read in the Qur’an (memorized the text verbally) and recites after having read it. And, on that Day of Resurrection, his parents will be presented with an emerald crown, whose shine will be greater than the sun’s light. If the sun were to shine at your home and you were there, what would you think of the person who took action on it? That’s why there’s an immense honor to the families of the Quran’s readers and practitioners.

What are the Benefits of Quran Memorization and Reward in Paradise?

Abdullah ibn Amr says that the Holy Prophet (SAW) stated: (On the Day of Resurrection) the person who is the owner of the Qur’an will be instructed to repeat it. Qur’an. And climb to the heights of Paradise and repeat the Qur’an (to Quran) slowly as you did throughout the world. Since your home will be where you’ll be able to recite the final verse. [Tirmidhi]

Hafiz ul Quran is the Quran’s source of mediation for 10 family members:

In a hadith, the Holy Prophet states, “Who reads the Quran. Then, he memorizes it and decides it to be lawful, legal, and illegal. The Almighty will allow him to enter Paradise and accept his prayers for the ten men in his family members for whom the hell is now obligatory.” Learning to memorize Quran correctly is crucial. If you review a verse of the Quran many times, it will make sure that you can remember the Quran verse. The most important factor in Quran memory is the repetition of the Quran. Since practicing can make a person proficient. Also, Quran plays a role as a life Changer.

In the Quran, memory is a major privilege. Therefore each Muslim would like to know the Quran by heart and for their children. Additionally, remembering the entire book in your head isn’t an easy feat. However, Allah has made it simple for every Muslim. Therefore, a top Quran memorization instructor can play a crucial role in delivering excellent Quran lessons in memorization. We have therefore designed a Hifz ul Quran course for children and adults. Everyone can easily learn the Quran or a portion of it with Shaa Allah. Quran teacher for kids is the most reliable platform that offers the best Quran learning classes. We offer female and male female Quran memorization instructors as well. Students from the UK can locate the most effective Quran memorizing school in London.

The very heart of Hafiz ul Quran fills with the wealth of belief and trust. This is why everyone Muslim must memorize the entirety of the Quran. It is a matter of high respect and honor. Those who cannot learn the Quran in its entirety must attempt to learn it as best as they can. Since the more you memorize the Quran, the more likely your heart will find peace.

It is also important to be mindful of our children and provide them with the wonderful blessing to receive the blessings and benefits of memorizing the Quran. Everyone Muslim must not be afraid to learn all of the Holy Quran himself and his children. However, it is important to keep the truth and the divine in your mind throughout the day to be suitable to Allah All-Powerful. Always pray to Allah Almighty, “O Allah! Please grant me God’s blessings from the magnificent Qur’an, and make it a light, guide guidance, mercy, and light for me. 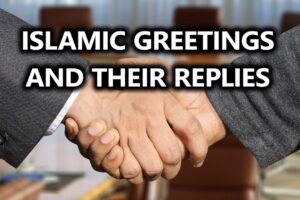 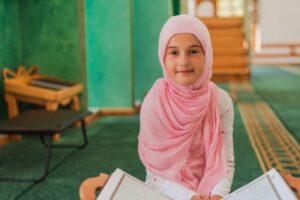 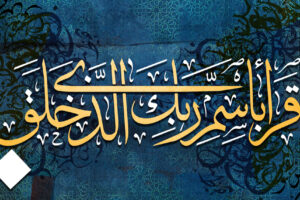